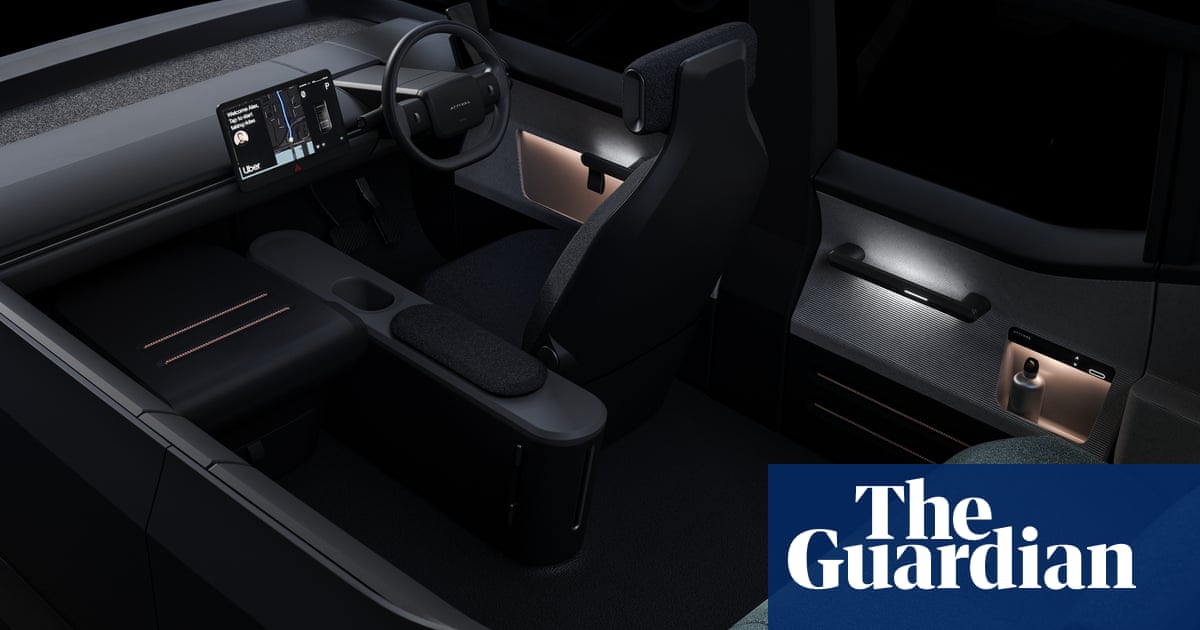 The electric vehicle maker Arrival aims to start producing cars by 2023 with design help from Uber, in the latest step by the UK-headquartered startup’s ambitious plans to take on the automotive industry.

The car, developed specifically for use by ride-hailing drivers, will be Arrival’s first, adding to buses that are due to be on UK roads this year, as well as urban delivery vans.

Uber, the US leader in ride-hailing, would also explore a “strategic relationship in key markets, including the UK and EU”, the companies said. However, no money will change hands, and the agreement so far is not exclusive.

Tom Elvidge, Arrival’s senior vice president for mobility, said production could take place in the UK, although no final decision on factory locations had been made.

The design of the car aims to be more comfortable for drivers who spend hours a day at the wheel, and use hard-wearing, easy-to-clean materials. Other features could include a front passenger seat that can fold away to fit more luggage and a panoramic glass roof.

It would be “fundamentally something that’s built and designed from the ground up with ride-hailing in mind”, rather than being aimed at consumers, Elvidge said. “There’s quite a lot that we think we can improve on and elevate the experience when we take a blank piece of paper.”

However, ride-hailing drivers are generally classed as independent contractors, so theoretically anyone would be able to buy the Arrival car. Elvidge said Arrival “certainly wouldn’t prevent consumers from buying it”.

The announcement comes a little more than a month after Arrival listed on New York’s Nasdaq stock exchange via a merger with a special purpose acquisition company.

The company, which counts the investors BlackRock and Korean carmakers Hyundai and Kia among its biggest backers, was valued at $11.3bn (£8.2bn) at the end of last week.

That was a considerable achievement for a company that is yet to start proper production – and which was aiming for a valuation of half that amount as recently as November. It was founded in 2014 by Denis Sverdlov, a Russian former telecoms entrepreneur.

Arrival’s long-expected move into electric cars will pit it directly against the world’s biggest carmakers such as Volkswagen and Toyota, as well as electric taxi specialists such as Chinese-owned LEVC, another UK-based company that makes all-electric black cabs for London, as well as small vans on the same design.

The car will be built using similar principles to Arrival’s battery electric buses and vans, which will use robot-heavy “micro factories” close to key markets to try to undercut traditional carmakers who rely on highly efficient but expensive production lines.

Elvidge said Arrival aimed to produce a car at about the same upfront cost as equivalents using internal combustion engines. Final pricing will depend on its design but the cost savings on fuelling and maintaining electric vehicles could mean a significantly lower cost over a vehicle’s life.

The collaboration with Uber could allow the car to interact directly with the app, potentially allowing the ride-hailing company to automatically match passengers with cars that have sufficient battery range.

Uber, which has been embroiled in a legal battle in the UK over the employment status of its drivers, is keen to play up its environmental credentials. In March, the company introduced an option for customers in London, its largest UK market, to choose electric vehicles only, and it hopes to bar internal combustion engine cars in the city by 2025.

Across the world Uber aims to produce no net carbon dioxide emissions by 2040.

Why Meghan won’t attend Prince Philip’s funeralIt will be the first time Harry will...

Bengaluru to get 60mt of oxygen from M’luru