“She’s professing her love to Heath and she’s in love with a guy waiting in his trailer to shoot the next scene.”

Julia Stiles and Heath Ledger may have shared all the on-screen chemistry in 10 Things I Hate About You, but it turns out that Julia may have been crushing on another co-star off camera.

“She, for a minute or 10, went out with Joseph Gordon-Levitt,” Gil revealed in an interview with Mirá a Quién Encontré.

He added, “They were very, very attracted to each other, which was cool…Watching them, it was beautiful how much they enjoyed each other.”

“She’s professing her love to Heath and she’s in love with a guy waiting in his trailer to shoot the next scene,” Gil joked.

In fact, Gil says that Julia told him she was thinking of Joseph while filming the movie’s iconic poetry scene.

“She told me, ‘I was just thinking about’ that person’s name that she was deeply in love with at the time…That was one of the magical performances that I’ve recorded in my lifetime,” Gil shared.

Although Gil didn’t reveal exactly how long the pair dated, Julie went on to marry actor Preston Cook in 2017 and Joseph married scientist Tasha McCauley in 2014.

Keep up with the latest daily buzz with the BuzzFeed Daily newsletter! 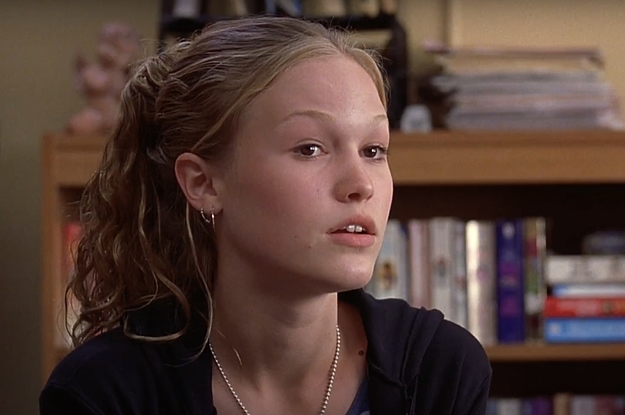 Queen ‘not the same’ since Philip’s death

How to choose a referee for your CV

Fury as US ‘bows’ to Russian terrorists

Bethenny Frankel says ‘RHONY’ ‘became not who I really was anymore’

Aromatherapy: Understanding the science behind this fragrant, therapeutic procedure