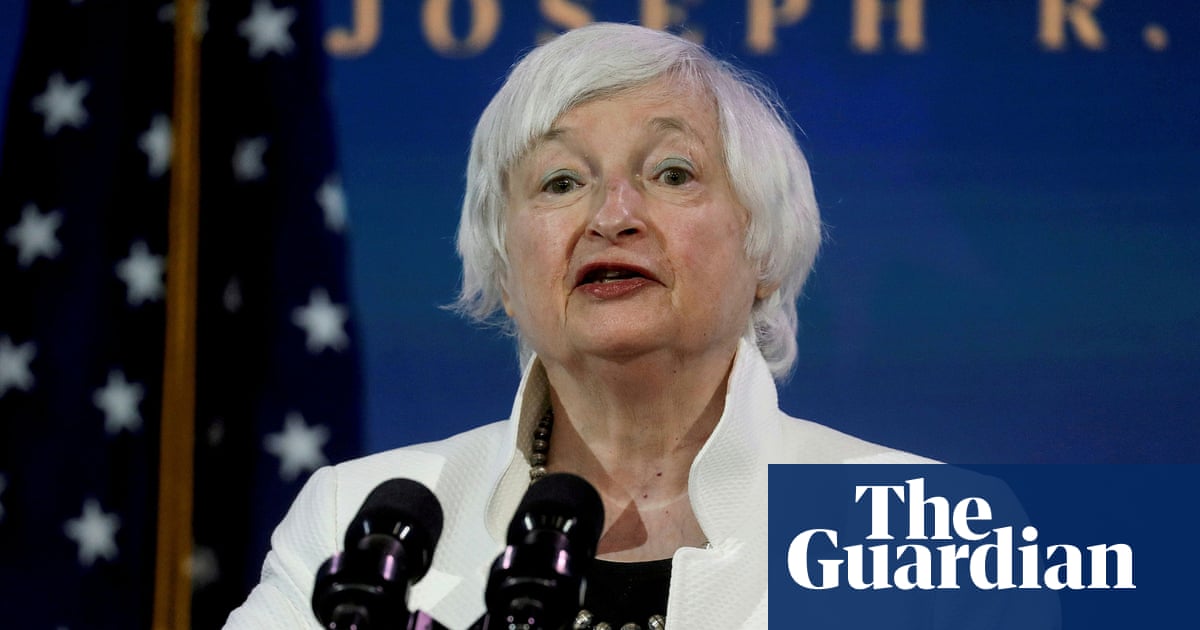 Fears of rising interest rates to dampen inflationary pressure as the global economy bounces back from Covid-19 has sent shares tumbling on both sides of the Atlantic.

Comments from the US treasury secretary, Janet Yellen, that a modest increase in borrowing costs might be needed to rein in demand was enough to send tremors through financial markets already jittery over shortages of computer chips.

German manufacturers – such as Volkswagen and Siemens – and US tech stocks such as Microsoft, Amazon, Facebook Apple and Alphabet (the owner of Google) were among the biggest fallers as investors sought out shares viewed as less risky.

In London, the FTSE index failed to cling on to its early gains once Yellen’s comments became known – dropping 130 points from its high-point of the day to close 46 points lower at 6923 points.

Share prices have been rising in recent weeks on hopes of a bounce-back in activity in the developed nations where vaccine programmes are most advanced.

Yet financial markets have started to pick up signs that the damage caused to economies by a year of lockdowns could result in supply being unable to keep up with demand, leading to rising inflation and the removal of stimulus by central banks.

As a result, the optimistic mood was soured by reports of supply bottlenecks and the warning from Yellen that the Federal Reserve might need to rethink its zero interest-rate policy as a consequence of the extra demand being injected into the US economy.

In an interview with the Atlantic magazine, Yellen said the multi-trillion spending plans announced by President Joe Biden would be good for the economy but said action by the central bank might still be needed to prevent the world’s biggest economy from growing too fast.

“It may be that interest rates will have to rise somewhat to make sure that our economy doesn’t overheat, even though the additional spending is relatively small relative to the size of the economy,” she said.

“It could cause some very modest increases in interest rates to get that reallocation, but these are investments our economy needs to be competitive and to be productive (and) I think that our economy will grow faster because of them.”

Danni Hewson, analyst at AJ Bell said: “London markets might have started the day with an injection of post-bank holiday energy but by the afternoon the hangover had well and truly set in. Not enough chips the central issue today, not the kind that soaks up the alcohol but the kind that keeps supply chains moving.

“Today’s warning came from German chipmaker Infineon which is ramping up supply but estimates the current situation will results in 2.5m fewer cars being produced in the first half of 2021 than had been intended.”

NZ travel bubble finally launchesMr Joyce said it was a momentous occasion for the...

Tom Cruise Finally Talked About His COVID Safety Rant On The...